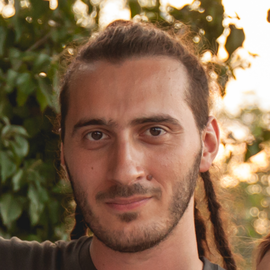 Hi! I am Foivos (pronounced [‘fivos]) Zakkak and I am a Senior Software Engineer in Red Hat’s Java platform team working on GraalVM and Mandrel. Prior to joining Red Hat I spent 9.5 years as a post-graduate and post-doctoral researcher. I worked at the Advanced Processor Technologies (APT) group of the University of Manchester where I led the development of the Maxine VM, a metacircular Java-in-Java VM. Before that I worked at the Computer Architecture and VLSI Systems Laboratory (CARV) of FORTH-ICS, where in the context of the GreenVM project, I developed DiSquawk, a Java Virtual Machine (JVM) that targets non-cache-coherent architectures. During my post-graduate studies I also developed SCOOP, a source-to-source compiler that used information from task annotations (memory footprints) to generate optimized code for task-based runtime systems. I was also involved in the development and performance analysis process of the TPC (Tagged Procedure Calls), BDDT (Block-level Dynamic Dependence Analysis for Deterministic Task-Based Parallelism) and PARTEE (PARallel Task Execution Engine) task-based runtime systems. Mastodon